Nexus One is ready for Canada 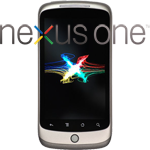 I just came across some awesome news: Google's Nexus One, Android based phone is now available to Canadians!

Until now Nexus One was not supporting 3G frequencies utilized by Rogers Wireless and Fido, the only Canadian GSM provider (that's right not plural because both are the same company). You could have used Nexus in Canada to make phone calls and send SMS, you could have even use data… at mind bogglingly slow EDGE speeds. But no longer…

Today Google has made an announcement that they are now offering a Nexus One variation that will run on Rogers Wireless in Canada (and AT&T in US). Additionally, Nexus One devices can now be shipped to Canada from Google’s web store, and will work with a SIM from Rogers Wireless. To purchase your Canadian Nexus just go to google.com/phone and select "Compatible with 3G on AT&T (U.S.) and Rogers Wireless (Canada)" option.

If you are confused, as I used to be, about why a 3G capable phone might not work everywhere, here's a quick explanation. There are multiple UMTS (3G) frequency bands in use around the world. Most 3G capable cell phones are not able to use every single one of them, just one, two or three bands at best. Google's Nexus One has originally supported only 900 / 1700 / 2100 frequency bands, so only T-Mobile (1700 / 2100) customers could use 3G. The alternative version now supports 850 / 1900 / 2100 frequency bands, so Rogers (850/1900) customers and AT&T (850/1900) customers can use it. If this sounds strangely familiar it's because you've dealt with similar silliness before when your GSM phone would suddenly stop working in Asia, or some other country that uses different GSM frequency bands.

To make long and confusing research short, if you want to know which frequencies your phone must support in order to be useful in a particular country, head over to GSMArena and use their handy Network Bands tool. Just select the country you're planning to visit and it will list the frequency bands required. Not sure which frequencies your phone supports? Same web site will allow you to figure that out as well, just search for your model.

Well, I'm off to buy a Google Phone… maybe.