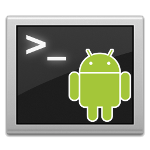 There are many ways to take a screen shot on Android device. One simple way to capture the screen on Galaxy Nexus is to simultaneously press and hold Power and Volume Down buttons. The image will be saved in a "Screenshot" directory and accessible via Gallery.

Quite often, however, I need to copy the captured image over to my computer. Usually, I do this with adb pull command, but if I'm going to use CLI to retrieve the file, why don't I take the screen shot with it as well?

One method is to use screencap command via adb shell like so:


Not bad, but seems like there's some room for improvement.

If that sounds familiar, that's because I've dealt with this before. Unfortunately, this time we're working with binary data, so using tr -d '\r' command to remove all 0x0D will likely corrupt it by also removing bytes that aren't part of the 0x0D0A sequence. We want to only remove carriage return characters when they are followed by a line feed.

The solution is to use sed search and replace as follows:


Now we have a one-liner that grabs a screen shot from the Android device and stores directly on the computer executing the command. Beautiful.